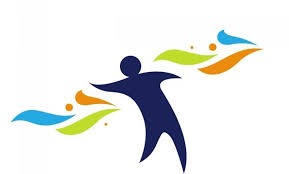 1983-1992 was declared the International Decade for Persons with Disabilities by the United Nations to draw the world’s attention to improving their lifestyles. At the end of this decade (October 14, 1992) December 3 was declared the “International Day of Persons with Disabilities” in accordance with the resolution of the 37th Plenary Session of the UN General Assembly.

In accordance with this international document, all UN member states, as well as relevant organizations, are encouraged to create the necessary conditions for people with disabilities so that they can live, work, study and recover on a regular basis, as well as widely celebrate this day.

In this regard, in accordance with the joint order of JSC “Uzbekistan Railways” and the Trade Union Network dated November 13, 2020 No. 791-N, the administration of JSC “Sharguncoal” and together with the trade union committee of JSC “Shargunkumir” visited 15 former colleagues and disabled people who to retire from work in JSC “Sharguncoal”.

In order to provide social support to pensioners with disabilities, to obtain information about the condition of disabled people, to provide them with material and moral support, they went to the homes of former employees of the company and distributed targeted meals.